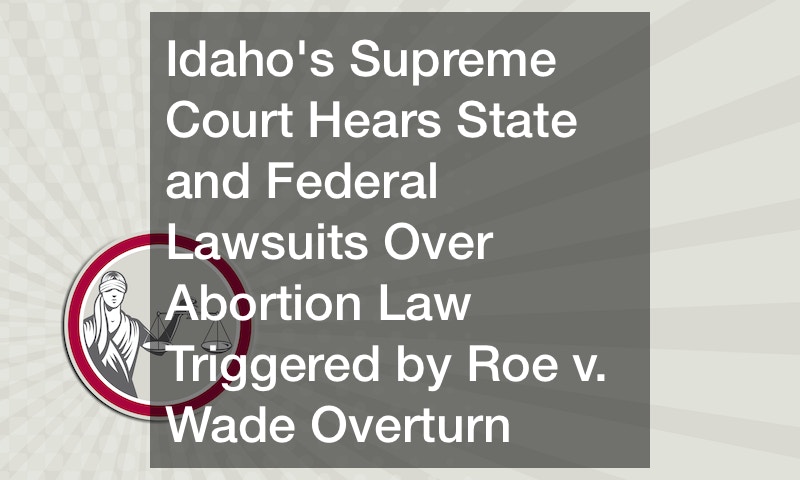 Other medical procedures may require nics. Proponents of legislation for abortion will assert that they can prevent illness and allow women to have safe abortions. And those who are opposed to these laws claim they are not constitutional as they violate the right of women to have the right to access abortion.

As it relates to one of the rights fundamental to all, the right to access medical billing and abortion services, this case is one major cases concerning abortion rights. Also, it is among the most important cases for Gonzales personally, as it could lead to him facing prison in the event of losing his appeal.

Hearings held at the Idaho Supreme Court of Idaho

Idaho’s state legislature Idaho has held a hearing Tuesday that focused on whether to keep or change a state law prohibiting abortions if the foetus is capable of being born alive.

Roe v. Wade, 1973, was the Supreme Court’s decision that abortion in America is legally legal. But there certain exceptions. One of these is where a baby can exist without the mother. In the aftermath, the U.S. Supreme Court’s ruling is currently subject to debate following the emergence of several states passing laws such as Idaho’s, which have been litigated and interpreted as violating the decision of the court.

It was Tuesday when the State of Idaho was able to hear arguments on whether it should uphold or repeal a law that prohibits abortions in Idaho when the foetus is able to be born alive.

In 1973 In 1973, The Supreme Court ruled in Roe v. Wade that abortion is legal in all states across America with certain exceptions, including when a fetus can be able to survive without the mother’s womb. The U.S. Supreme Court’s decision has since been up for debate in the wake of various states adopting laws similar to Idaho’s. The laws have since been challenged and violated the court’s ruling.

Idaho adopted an initiative for amending the Constitution back in February which would ban abortions when a heartbeat in the fetus is observed. The idea was that no one is allowed to harass anyone else.